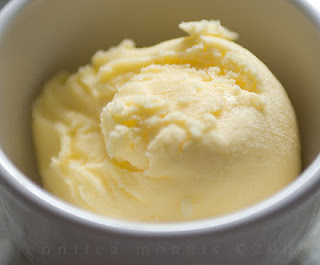 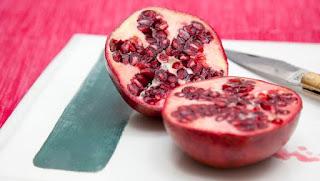 Early last June I was rung up by a man from Ireland about the Q1000, which he had come across when undergoing raw food treatment for cancer at the Hippocrates Institute in Florida, USA. He had liposarcoma (cancer of the connective tissue) between C3 down to C7, around the nerves and the spinal cord. He had cancer six years ago in the leg, and turning down any conventional treatment, he had followed the Gerson diet. Two and a half years later cancer came back in his neck, and now for a third time it was back again. Changing his diet completely to a raw one had seen his weight go down to 11 stone. He is 6'1". The only fat he was allowed was a small piece of avocado every three days, and a handful of nuts every four days.
As an advocate of traditional foods, in particular the Weston A Price approach, I was alarmed at this low fat (practically nil) approach to cancer, and when he told me that his tumour was rapidly growing a week after returning home from Florida I knew my fears were not misplaced. Turning someone around like that to a diet that is so radically different is not easy, but I emailed him a link to information from Dr Thomas Cowan, on how to VERY slowly introduce fat, after your body has had to adjust to very little. See Why Cancer patients need more fat.
http://www.westonaprice.org/modern-diseases/cancer/1834-a-holistic-approach-to-cancer Dr Cowan suggests a ketogenic diet for cancer, with 80% fat, because fat is not something that cancer cells can use to grow and thrive.
But D needed help and guidance fast, more than an internet link. His first response was to ring a raw food guru in the UK to ask her about fat. She admitted that she disagreed with Brian Clements on this, and told D that personally she took Udo's Oil. (Obviously animal fats are still off the agenda as a vegan) He then emailed Brian Clements directly, who told him that Weston A Price was a raw food advocate when he did his research, but his work was compromised and altered after his death.
After reading Dr Cowan I know who I find the most convincing: he makes a compelling case for the need for fat as a primary source of energy when trying to starve cancer cells. Ds telephone calls to me stopped six months ago, (now writing this in March 2012) and I have no idea what happened in his fight for his life.
I'm sad that a product made by Glen Gillard, a naturopath in Australia, was not available back then. Its lemon grass, shown in research to cause apoptosis, cancer cell death, and fermented to break it down, with added olive leaf extract, papaya and pomegranate juice. Glen is a friend of mine, and I only get to find out about his latest concoctions in chance conversations about other things! But this time I will be selling Citra-Bio for Safe Remedies at the upcoming Weston A Price conference at Epsom Downs Racecourse. It tastes delicious, and the good thing is you only need 20mls a day.
The irony is that Dr Brian Clements is over here doing a seminar in London at exactly the same time as the Weston A Price conference. Come along to Epsom to hear Dr Natasha Campbell McBride talk about some of the problems of the vegan diet, as seen in her practice as a neurologist specialising in nutrition. I heard her talk in a seminar at the Soil Association Conference a couple of weeks ago, and she stressed the vital role of both animal protein for building up and growth, and plant protein for cleansing. The ensuing discussion on the Soil Association blog was both lively and informative!
Posted by Light for Health at Monday, July 11, 2011 No comments: