Kinesiology: one more thing to the mix 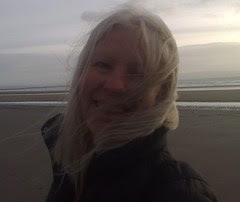 Maggie La Tourelle, in the photo above, is my Kinesiologist friend, and today I had a treatment from her, to complete the work we did last week.
She confirmed what Danny Williams had found osteopathically, that my C2 was out, causing problems for my vagus nerve, and that my pirformis muscles were tight on one side of my hip and loose on the other. The first thing Danny had noted about me was that I had tight feet - especially my right foot where my toes scrunched up as if permanently gripping something. But lo and behold, by the end of the session I looked down at my feet and my toes were not gripping. Not totally straight but definitely straighter! We had worked different muscles in the legs and hips, after extensive rounds of muscle testing to find which muscles and energy lines were switched off or overactive. Selecting each muscle individually, on the out breath I pushed against Maggie's body, and then noted the greater range of movement upon relaxation, especially in my hips. I felt a new tingling and heat in my body afterwards, and a better distribution of my weight between both sides . Impressive stuff.
Posted by Light for Health at Wednesday, May 05, 2010 No comments:

Remembering to use light on yourself 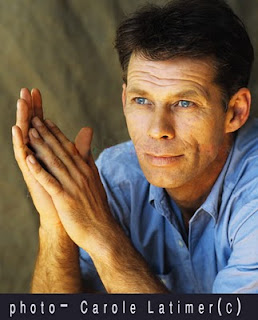 On the night I got back from Guatemala I fell asleep on the sofa, and was startled out of a deep sleep by the phone ringing. On jumping up, still asleep, I knocked myself on the coffee table and fell on my right side as if in a feint. No bruising but it seemed to accentuate the problem I already had with my tight right hip. Since then, I have had problems weight bearing on my right leg after getting up from sitting for a while, and my leg gave way entirely when I burst into a run when I was late for an appointment! I narrowly missed falling on my face.

My mother developed late onset MS, and I have seen what happens when you lose your mobility, and what nursing homes for the elderly can be like, when you still have your mind but not your legs.

So if something is wrong I do get help. Since the fall, I have had Thai Yoga massage every three weeks, regular acupuncture from Dr Murphy, McTimoney chiropractic from a visiting friend, and two further sessions from another practitioner nearby, two osteopathic sessions with two different osteopaths, one of which was a fascinating Q1000 combo radionics and crystal session, an impromptu session in Spinal Touch with a Q1000 customer during a sale demo after too much tennis, and a kinesiology session with another friend. Whew! But I have not attempted CLRT on myself. Finding the points on myself is not something I am confident about which is ridiculous! Now writing this I realise that that is something I need to do, or at least focus on doing CLRT with a CLRT practitioner. Why wait til June and Dr Wise .......

Anyway, last week I went to another osteopath nearby highly recommended by Dr Murphy, who is also on the General Council of the British Osteopathic Association, Danny Williams. What is interesting is that that morning before the treatment I had got out my Q1000 and treated myself by doing the lymphatic points, and then holding one laser on each buttock. I immediately felt a pulsing on both points, something I had never before experienced. It was quite strong. During the treatment, without knowing what I had done earlier that morning, Danny Williams worked on my buttocks to free up what I presume was a trapped nerve from tight muscles.

So if I had known the problem came from my buttocks, partly, why did it take me so long to use the Q1000 on myself? I am not saying I could have sorted the problem myself, no way. I have learnt so much from all the amazing practitioners I have seen, and each one contributed to the ongoing journey of sorting whatever underlying mechanism is going on, physical and emotional. But there is a balance in all this between seeking outside help, and helping yourself with whatever tools you have to hand. And I do have tools. Now I make sure that when I wake up the lasers are there ready to use before I start my day, if the timing is right.

Interesting that since that first time last week, I have not had the pulsing again in my buttocks. But my weight bearing is better, and I no longer get burning down my leg after overdoing the tennis. Light is not taken up by tissues that don't need assistance, so it makes sense that the pulsing won't happen now things have shifted. I do remember working with Trond Bjornstad, a bioenergy healer, in the early days of using the Q1000. (See photo above) He identified a sore spot on my arm to shine the light on, and when he placed his hand nearby, off the body, with the Q1000 in place on that spot, I felt the same pulsing I felt in my buttocks. When the pulsing stopped he said that was an indication that I had enough light (photons).

So no matter how many double blind placebo controlled studies we demand before we believe, despite the theory, feeling something is a powerful way to flag up to the brain that something works. Except now I have talked and written about this experience I am beginning to wonder if it really happened! Who ever heard of throbbing buttocks, after all? Or do I lead a very sheltered life!
Posted by Light for Health at Tuesday, May 04, 2010 No comments: