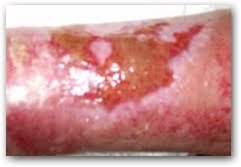 
This patient was treated by a Manual Lymphatic Drainage practitioner, ex SRN, Vodder therapist, and a Bowen therapist.  She did a Cranial Laser Reflex Technique (CLRT) course with Dr Nick Wise in Glastonbury in October 2009, and again in June 2010. She rang me today to book on a CLRT Practice day, and gave me some great feedback on how she uses CLRT in combination with her other therapies, and how she uses her laser directly on the body too.


She feels that all of her therapies are working directly on the Parasympathetic Nervous System, creating a deeper relaxation, with less blocks to self healing, and more encouragement to release what needs to be let go of. Many of her patients have nerve pain, with peripheral nerve damage from treatment for breast cancer, eg, around the latissimus dorsi muscles, where tissue is reused to reconstruct the breast. Often the brachial nerve is cut, and the pectoralis muscle is sometimes removed to get at the cancer cells. Damaged nerves in these areas can cause arm and shoulder problems, and can be a weakness in the chest which pulls the shoulder forward.


She uses her laser pen on CLRT points for shoulder and arm problems, and directly on the body for burns, wounds and ulcers.


I was intrigued, and shocked, by her view, backed up by an NHS specialist, that radiotherapy causes fibrosis to build and build throughout life, after treatment. MLD keeps it soft, especially when she combines laser with a Hivamat machine.


I was reminded of a R.A.G.E (Radiotherapy Action Group Exposure) meeting I attended about three years ago. http://www.rage.webeden.co.uk/# This group of women were left damaged by overdoses of radiotherapy, in the early years, when UK centres were deliberately placed far apart to save money, and treatments were doubled up because of this. A Class Action against the UK Government failed, and the women were left with useless body parts, mostly arms and hands after treatment for breast cancer, and terrible nerve pain. After the meeting I used the 808 infrared laser on some women with very bad pain, and they felt tingling and a lessening of pain as a result.


Its reflects badly on me, that after the meeting I got caught up in other issues, and never followed through on R.A.G.E.'s offer to publish an article on LLLT in their newsletter. It was dependent on Light for Health loaning some lasers for members to trial. I didn't have excess stock to use that way at the time, and should have worked to get proper funding to make this happen.